The workshop was designed for participants to make them familiar with the entire process of conceptualising a basic idea and plot into execution of a film. It aimed at creating opportunities, fostering cinematic talents, harnessing new opportunities in projects, assimilating, introspecting and creating cinematic expressions/ masterpiece.

The session was conducted by renowned documentary filmmakers Richa Hushing and Rrivu Laha, both alumni of Film and Television Institute of India, Pune. Richa specialises in Direction and Editing, while Rrivu’s specialisation is Direction and Cinematography. Their films are often character portraits; and portraits of indigenous cultures in face of conflict and at the threshold of change. Cinema verité style is their strength. In Auroville, they have found Auroville Timelines, a media pedagogy and video arts unit, researching and curating recorded memories of Auroville, creating mnemonics of the dream.

The selection of participants for this workshop was based on their curiosity and interest in media, filmmaking, documentaries, journalism, art, photographs, environment and ecology. A Statement of Purpose was compulsory to be submitted for attending this workshop.

The workshop was designed for the students who aspire to become filmmakers and are willing to articulate their reflection in the film form within the current consumers section.
The entire module of this workshop provided complete knowledge of the entire filmmaking process beginning from basics of the art of observations, along with understanding the fundamentals of photography from the perspective of a documentary filmmaker and cinematographer, technical inputs were given on sound recording, cinematography and editing with an open source software.

It was mandatory for all participants to attend the eight-days’ workshop. Upon completion, participants were asked to make a film and on completion of their production, they were awarded with digital certificates post-submission and evaluation.

The participants were asked to produce a short film using their smart phones followed by one on one inputs. In the concluding evaluation process, each participant’s rough-cut was reviewed and guidelines were given on final cuts for improvements.

The workshop was attended by aspiring filmmakers, students and received an overwhelming response as it was a great experience and interaction which helped the participants to shape the way they perceived at reality and their own self which influences the art of filmmaking.

DGMC is supported by its parent body Rajasthani Sammelan Education Trust which has been in the field of education for the past 68 years. The trust supports and facilitates learning activity for approximately 15000 students from primary to post-graduation.

Email your queries to: 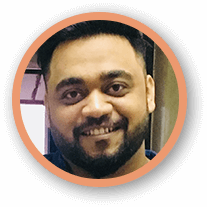 But I must explain to you how all this mistaken idea of denouncing pleasure and praising pain was born and I will give you a complete account of the system, and expound the actual teachings of the great explorer of the truth, the master-builder of human happiness. No one rejects, dislikes, or avoids pleasure itself, because it is pleasure, but because those who do not know how to pursue pleasure rationally encounter consequences that are extremely painful. Nor again is there anyone who loves or pursues or desires to obtain pain of itself, because it is pain, but because occasionally circumstances occur in which toil and pain can procure him some great pleasure. To take a trivial example, which of us ever undertakes laborious physical exercise, except to obtain some advantage from it? But who has any right to find fault with a man who chooses to enjoy a pleasure that has no annoying consequences